Hannah Montana, also known as Hannah Montana Forever in its fourth and final season, is an American musical comedy television series created by Michael Poryes, Rich Correll, and Barry O'Brien. It focuses on Miley Stewart (portrayed by Miley Cyrus), who is a teenager living a double life as an average schoolgirl by day and as the famous recording artist Hannah Montana by night, which she keeps secret and only a few people know of her alter ego. The story follows the daily life of Stewart, her brother Jackson, her best friends Lily and Oliver, and her father Robby (Cyrus's real-life country singer father, Billy Ray Cyrus). The series, produced by It's a Laugh Productions and Michael Poryes Productions, premiered on Disney Channel on March 24, 2006, garnering 5.4 million views, giving the Disney Channel the highest ratings in its history and concluded on January 16, 2011 after having aired four seasons and ninety-eight episodes. The soundtrack albums Hannah Montana (2006), Hannah Montana 2: Meet Miley Cyrus (2007), Hannah Montana 3 (2009), and Hannah Montana Forever (2010) were released to coincide with their respective seasons. In 2007, the success of the series led to the Best of Both Worlds Tour, which visited North America. The following year, it was adapted into the 3D film Hannah Montana & Miley Cyrus: Best of Both Worlds Concert and its accompanying soundtrack. In 2009, the first feature film of the series, titled Hannah Montana: The Movie was released to commercial success, and was additionally promoted through its accompanying soundtrack. All seasons of the show have been distributed on DVD. The series received generally favorable reviews from critics and was praised by audiences. Although it has been recognized as a "guilty pleasure" by several media outlets. The show's instant success is widely credited with the launch of Cyrus's career and her establishment as a teen idol. However, as she continued to develop an increasingly provocative image as the series progressed, the series has received criticism for appearing to be a negative influence on its younger audience. 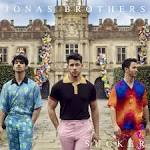 Rockin' Around the Christmas Tree [2006] 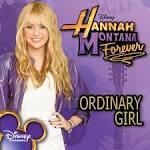 Share your thoughts on the Hannah Montana Band with the community:

Know any other songs by Hannah Montana? Don't keep it to yourself!