Final Fantasy is a science fantasy media franchise created by Hironobu Sakaguchi, and developed and owned by Square Enix (formerly Square). The franchise centers on a series of fantasy and science fantasy role-playing video games (RPGs). The first game in the series was released in 1987, with 14 other main-numbered entries being released since then. The series has also branched into other genres such as tactical role-playing, action role-playing, massively multiplayer online role-playing, racing, third-person shooter, fighting, and rhythm, as well as branching out in other media, including CGI films, anime, manga, and novels. Final Fantasy installments are generally stand-alone stories each with different settings, plots and main characters, however, as a corpus they feature identical elements that define the franchise. Recurring elements include plot thematics, character names, and game mechanics. Plots center on a group of heroes battling a great evil while exploring the characters' internal struggles and relationships. Character names are frequently derived from the history, languages, pop culture, and mythologies of cultures worldwide. The series has been both commercially and critically successful, selling more than 142 million games worldwide, making it one of the best-selling video game franchises of all time. The series is well known for its innovation, visuals, and music, such as the inclusion of full motion videos, photo-realistic character models, and music by Nobuo Uematsu. Final Fantasy has been a driving force in the video game industry, and the series has affected Square Enix's business practices and its relationships with other video game developers. It has popularized many features now common in role-playing games, also popularizing the genre as a whole in markets outside Japan. 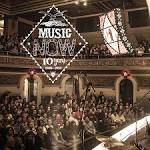 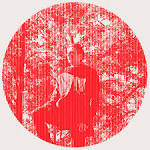 Share your thoughts on the Final Fantasy Band with the community:

Know any other songs by Final Fantasy? Don't keep it to yourself!

Which Bob Dylan song did Adele include on her first album?