Norman Quentin Cook (born Quentin Leo Cook; 31 July 1963), also known as Fatboy Slim, is an English DJ, musician, and record producer. His records helped to popularise the big beat genre in the 1990s. In the 1980s, Cook was the bassist for the Hull-based indie rock band the Housemartins, who achieved a UK number-one single with their a cappella cover of "Caravan of Love". After the Housemartins split, Cook formed the electronic band Beats International in Brighton, who produced the number-one single "Dub Be Good to Me". Cook joined acts including Freak Power, Pizzaman, and the Mighty Dub Katz to moderate success. In 1996, Cook adopted the name Fatboy Slim and released Better Living Through Chemistry to critical acclaim. Follow-up albums You've Come a Long Way, Baby, Halfway Between the Gutter and the Stars, and Palookaville, as well as singles such as "The Rockafeller Skank", "Praise You", "Right Here, Right Now", "Weapon of Choice", and "Wonderful Night", achieved commercial and critical success. In 2008, Cook formed the Brighton Port Authority with David Byrne. Cook has been responsible for successful remixes for Cornershop, Beastie Boys, A Tribe Called Quest, Groove Armada, and Wildchild. In 2010, in partnership with Byrne, he released the concept album Here Lies Love. The album was staged into a musical and premiered off-Broadway in 2013 and premiered in the United Kingdom at the Royal National Theatre in 2014. In 2017, the musical runs in the United States through the Seattle Repertory Theater. Cook holds the Guinness World Record for the most top 40 hits under different names. As a solo act, he has won ten MTV Video Music Awards and two Brit Awards.

Tomorrowland: The Secret Kingdom of Melodia [2015] 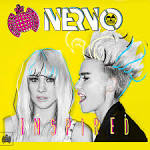 The Biggest Breakdowns of All Time [2014]

Mixmag: The Greatest Dance Tracks of All Time [2013]

A Symphony of British Music: Music for the Closing Ceremony of the London 2012 Olympic Ga [2012]

Babel: Music From And Inspired By The Motion Picture [2011] 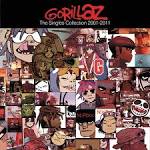 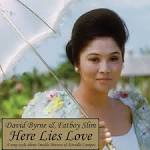 Headliners: The Ultimate Festival Line Up [2007]

Babel [Music From and Inspired by the Motion Picture] [2006]

You've Come a Long Way Baby/Halfway Between the Gutter [2004] 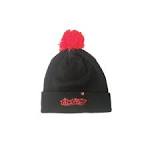 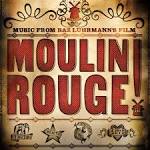 Halfway Between the Gutter and the Stars [2000]

Halfway Between the Gutter and the Stars [15th Anniversary] [2000]

Halfway Between the Gutter and the Stars [Bonus VCD] [2000]

Halfway Between the Gutter and the Stars [Clean] [2000]

The Best Party Megamix in the World Ever [1999]

Double Barrel: The Best of Dave and Ansel Collins [1995]

Revised Quest for the Seasoned Traveller [1992] 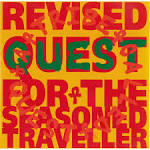 20 Years of Being Skint

Going Out of My Head

That Old Pair of Jeans

Why Try Harder: The Greatest Hits

Share your thoughts on the Fatboy Slim Band with the community:

Know any other songs by Fatboy Slim? Don't keep it to yourself!