Earl Charles Barrington May (September 27, 1927 - January 4, 2008) was an American jazz bassist. May was born and raised in New York City, where he began playing professionally in the early 1950s, learning to play left-handed using a double bass strung for a right-handed musician. He studied under Charles Mingus and played locally with Miles Davis, Lester Young, Gene Ammons, Sonny Stitt, and Mercer Ellington. Through most of the 1950s he played in a trio with Billy Taylor, and also worked later in the 1950s with John Coltrane and Chet Baker. From 1959 to 1963 he played behind Gloria Lynne, and in that decade also worked with Dave McKenna, Herman Foster, Shirley Scott, Stanley Turrentine, Herbie Mann, Mose Allison, and Earl Hines. In the early 1970s he began playing electric bass in addition to the double-bass, and played in that decade with Dizzy Gillespie, Johnny Hartman, Joe Newman, Archie Shepp, Frank Foster, Mickey Tucker, and Ruby Braff. In the 1980s he did work with musicals both on Broadway and on tour, including Sophisticated Ladies and Big Deal, in addition to work with George Benson early in the decade and Charles Brown later in the decade. Credits in the 1990s and 2000s included work with Dave Van Ronk, Doc Cheatham, Benny Waters, Marlena Shaw, Irvin Stokes, a trio with Jane Jarvis and Benny Powell, Eddie Locke, Charles McPherson, and the international tour of the Statesmen of Jazz.

Update this biography »
Complete biography of Earl May » 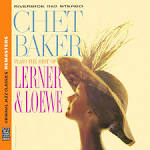 Share your thoughts on the Earl May Band with the community:

Missing lyrics by Earl May?

Know any other songs by Earl May? Don't keep it to yourself!