Darren Everett Criss (born February 5, 1987) is an American actor, singer and songwriter. One of the founding members and co-owners of StarKid Productions, a musical theater company based in Chicago, Criss first garnered attention playing the lead role of Harry Potter in, and writing most of the music and lyrics for, StarKid's musical production of A Very Potter Musical. The theater troupe made Billboard history when their original album, Me and My Dick, became the first charting student-produced musical recording, debuting at number eleven on the Top Cast Albums chart in 2010. Criss has also starred on Broadway in How to Succeed in Business Without Really Trying and Hedwig and the Angry Inch. In 2015, Criss co-founded Elsie Fest which is touted as "New York City’s first outdoor music festival celebrating tunes from the stage and screen".Criss is best known for his portrayal of Blaine Anderson on the Fox musical comedy-drama series Glee. Initially appearing as the lead vocalist of Glee's Dalton Academy Warblers, Criss' first number, a cover version of "Teenage Dream", became the fastest-selling Glee single, reached number eight on the Billboard Hot 100, and was certified gold in the US. The Warblers have sold over 1.3 million tracks, and the soundtrack album, Glee: The Music Presents the Warblers (2011), peaked at number two on the US Billboard 200. He was nominated for an Emmy Award in 2015 for writing the song "This Time" for the Glee finale. In March 2017, Criss debuted his indie pop band Computer Games along with his brother Chuck Criss. Their first album, Lost Boys Life EP features 4 songs written by the duo. The lead single "Every Single Night" debuted at #2 on Billboard’s "Hot Singles". In December 2017, Criss released a 5-track solo EP titled Homework. The EP debuted #1 on Billboard's Heatseekers Chart and #7 on Billboard's Independent Albums Chart.In addition to his music endeavors, Criss starred in the second installment of Ryan Murphy’s American Crime Story. Subtitled The Assassination of Gianni Versace (2018), Criss's portrayal of spree killer Andrew Cunanan received acclaim from critics, and earned him an Emmy win for Outstanding Lead Actor in a Limited Series or Movie. 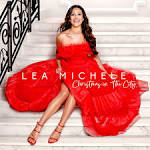 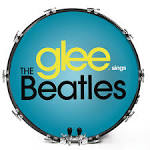 Glee: The Music Presents the Warblers [2011] 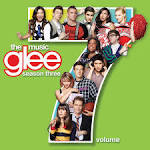 Share your thoughts on the Darren Criss Band with the community:

Know any other songs by Darren Criss? Don't keep it to yourself!