A capo (short for capodastro, capo tasto or capotasto [kapoˈtasto], Italian for "head of fretboard"; Spanish: cejilla [θe.ˈxi.ʝa] or capodastro; French: capodastre; German: Kapodaster; Portuguese: capodastro, Serbo-Croatian: kapodaster; Greek: kapotasta) is a device used on the neck of a stringed (typically fretted) instrument to shorten the playable length of the strings, hence raising the pitch. It is a common tool for players of guitars, mandolins, mandolas, banjos, ukuleles and bouzoukis. The word derives from the Italian "capotasto" which means the nut of a stringed instrument. The earliest known use of the term "capotasto" is by Giovanni Battista Doni who, in his Annotazioni of 1640, uses it to describe the nut of a viola da gamba. The first patented capo was designed by James Ashborn of Wolcottville, Connecticut.Musicians commonly use a capo to raise the pitch of a fretted instrument so they can play in a different key using the same fingerings as playing open (i.e., without a capo). In effect, a capo uses a fret of an instrument to create a new nut at a higher note than the instrument's actual nut.There are several different capo designs, but most commercial capos consist of a rubber-covered bar that clamps to the instrument's neck in some way to hold down the strings. Capos come in different sizes and shapes for different instruments and fretboard curvatures. The most relevant mechanical factors that vary by type of capo are ease of use, size, degree of interference with the player's hands, and ability to hold down strings uniformly without affecting tuning. All types of capo should be applied after a fresh tuning by laying the barre, descending from above, and directly behind the fret, so that all of the strings have uniform position and pressure. If the strings are bent or mispositioned, the instrument will sound out of tune in the new key. Some types of capo can mar the neck of the guitar if applied incorrectly. 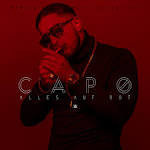 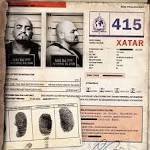 Share your thoughts on the Capo Band with the community:

Know any other songs by Capo? Don't keep it to yourself!