Betsie Larkin is an American vocalist, songwriter and guest writer/vocalist based in San Francisco, California, United States. Her first EDM collaborations with Ferry Corsten, "Made of Love" and "Feel You", appeared on Corsten's album Twice in a Blue Moon. Soon after its release, the single "Made of Love" made the top 40 in the Netherlands. In 2008 it was voted the fifth track overall on Armin Van Buuren's radio program A State of Trance, number one on Above and Beyond Group Therapy Radio, and reached the number one position on Corsten's Countdown's 100th episode. "Made of Love" was the second single and the first vocal track to be released from the Twice In A Blue Moon album. There is also an official video. Larkin joined Corsten as his tour kicked off in Malaysia and has joined him for numerous shows all over the globe.Other electronic dance music releases include "A New Day" with ATB on Kontor Records, "Stronger Creature" with Kenneth Thomas on Tetsuo Records, "Love Again" with Andy Moor, "You Belong To Me" with Bobina, and "All The Way" with Austin Leeds/Starkillers on Ultra Records, and "Play it Back" with Gabriel & Dresden on Organized Nature. In 2011 Betsie released her first solo album on Black Hole recordings . All We Have Is Now features collaborations with: John O'Callaghan, Ferry Corsten, Super8 & Tab, Solarstone, Lange, Bobina, Sied van Riel, Bjorn Akesson, Giuseppe Ottaviani, and Rafael Frost. Some of the remixers include Manufactured Superstars, JQA, Soulshaker, Save The Robot, and Roger Shah. The singles reached high positions on Beatport and the Music Week club charts, and were supported by top DJs worldwide. Larkin enthuses about the process:This was an ambitious project, to say the least, but so rewarding in the end. It was really fun experiencing all of the different processes for writing. With some we started from one of my older alternative rock songs. In others I would lay down a very minimal piano with a vocal and let the producer create music around the idea. I only started from a producer’s instrumental on one track, which was “The Offering” with Sied van Riel. The real fun was in sending off a rough version of something I had written, and seeing how it came back to me after a few weeks with the producer. These guys are incredible at what they do, and working with them was a blast! The album spawned a string of top 10 charting singles and Black Hole released a deluxe edition of All We Have Is Now that included thirty tracks, including remix versions and official videos. 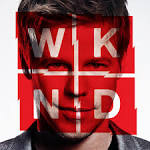 Share your thoughts on the Betsie Larkin Band with the community:

Know any other songs by Betsie Larkin? Don't keep it to yourself!

What is the theme song to the movie: Casper?