Barrie is a city, and manifesting regional centre in Central Ontario, Canada, positioned on the shores of Kempenfelt Bay, the western arm of Lake Simcoe. The city is located geographically within Simcoe County, however, it is a politically independent single-tier municipality. It is part of the historically significant Huronia region of Central Ontario and is within the northern part of the Greater Golden Horseshoe, a densely populated and industrialized region of Ontario. As of the 2016 census, the city's population was 141,434 making it the 34th largest in Canada in terms of population proper. The Barrie census metropolitan area (CMA) as of the same census had a population of 197,059 residents, making the city the 21st largest CMA in Canada. The city itself has seen significant growth in recent decades due to its emergence as a bedroom community, and its relatively close proximity to the city of Toronto. Barrie is situated approximately 86.6 kilometres (53.8 mi) from the Toronto Pearson International Airport and 109 kilometres (68 mi) from Downtown Toronto, representing the city's highly centralized and historically strategic geographical orientation and its ease of access to major centres and airports across the region.The Barrie area was first settled during the War of 1812 as a key supply depot for British forces. It would be named twenty years later for Sir Robert Barrie, who consistently commanded forces through the region. Throughout the 1980s and 1990s, Barrie's emergence as a bedroom community for the city of Toronto grew in prominence, and its economy would be wrapped around the education, healthcare, information technology and service sectors. Being located in the climatically deterrent snowbelt region of southern Ontario, Barrie is notorious for its deluging snow squalls in the winter. In the summer, its position within a convergence of breezes originating from the surrounding Great Lakes can provoke intense thunderstorms, some of which defying severe limits. Barrie's climate is fairly seasonal, with average January minimums of −12.4 °C (9.7 °F) and average July highs of 26.3 °C (79.3 °F). Barrie is a tourist destination, with shops, restaurants, boutiques, and access to Kempenfelt Bay. 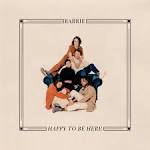 Share your thoughts on the Barrie Band with the community:

Know any other songs by Barrie? Don't keep it to yourself!