Andrew Aaron Mineo (born April 17, 1988), is an American Christian hip hop artist, producer, and video director from New York City. He is signed to Reach Records and his creative initiative Miner League. In addition to his solo work, he is a member of Reach Records' hip hop collective 116 Clique. Originally from Syracuse, Mineo worked as a producer in high school at Henninger High School in Upstate New York, and joined the hip-hop group Fat Camp, signed to Syracuse University's Marshall Street Records. After moving to New York City, he realized his weak spiritual condition, re-dedicated his life to Christ and closed down his production studio in order to restart his career. He independently released his first mixtape Sin is Wack in 2009 and joined a community outreach program created by Nicky Cruz's called T.R.U.C.E. where he met long-time friends and collaborators Alex Medina, Wordsplayed, Rich Perez and others. Upon meeting, Andy began collaborating with Alex Medina on a record called "Background" that would later be placed on Lecrae's Rehab album and was Andy's introduction to Reach Records.In 2011, Andy released "In My City", a single featuring Efrain from Doubledge, that continued to build momentum and buzz. After rebranding from C-Lite, Andy signed with Reach Records and released, Formerly Known, a full-length studio album, Heroes for Sale on April 16, 2013. On January 28, 2014, he released an EP titled Never Land. His sophomore album, Uncomfortable, was released on September 18, 2015. Andy began building his own creative initiative, Miner League and signed Wordsplayed along with L.A.-based alternative artist Willow Stephens that featured on his "Strange Motions" track on Uncomfortable. In 2016, the first project from the initiative, Clowntown, was released by Wordsplayed and followed by Willow Stephens' self-titled EP.In 2017, Miner League and Reach Records partnered to release a collaborative mixtape titled, Andy Mineo & Wordsplayed Present Magic & Bird on August 4, 2017. His video and television work includes "Saturday Morning Car-Tunez", "League Chumps Season 1", and co-direction on numerous of his own music videos. As a producer, his work includes tracks from his self-released "In My City", Formerly Known, Saturday Morning Car-Tunez, and Heroes for Sale. He also produced the single "Destiny" by Sheena Lee, in which he was a featured performer, and, along with rapper Derek Minor, aided DJ Official in producing "Power Trip" by Lecrae, featuring Andy Mineo, Derek Minor, and Sho Baraka, from the album Gravity. Gravity won the Best Gospel Album category in the 2013 Grammy Awards. 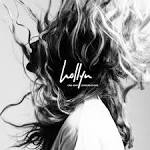 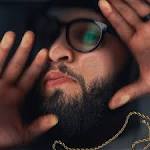 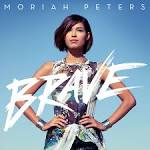 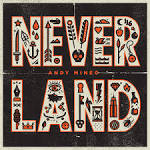 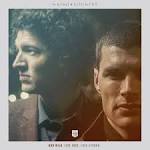 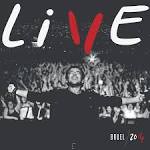 Share your thoughts on the Andy Mineo Band with the community:

Know any other songs by Andy Mineo? Don't keep it to yourself!