Aaron Phillip (born 1973) better known by his stage name, Afu-Ra is a New York-based American underground rapper. Afu, born Aaron Phillip, is a devout student of the Martial arts, as well as Chess. Afu is a member of the Gang Starr Foundation, alongside rappers like Jeru the Damaja, Big Shug and Group Home, and is most well known through his affiliation with the foundation and Jeru the Damaja. His first appearance was on Jeru's classic 1994 album The Sun Rises in the East, on the song "Mental Stamina". He made another appearance on Jeru's second album Wrath of the Math, on the track "Physical Stamina", in 1996. Afu's debut single, "Whirlwind Thru Cities", was released in 1998, reaching the top 20 on Billboard's Hot Rap Singles chart. In 1999, he released his second single, "Defeat" b/w "Mortal Kombat". His anticipated debut album, Body of the Life Force, was released in October 2000. The album featured production from a number of prominent Hip Hop beatmakers, including DJ Premier, DJ Muggs, True Master and Da Beatminerz. Guests included Wu-Tang Clan's GZA and Masta Killa, M.O.P., Ky-Mani Marley and the Cocoa Brovaz. "Whirlwind Thru Cities", "Defeat" and "Mortal Kombat" were included here, as well as the singles "Equality", "Big Acts, Little Acts" and "D&D Soundclash". Afu released his second effort Life Force Radio in May 2002, featuring production from DJ Premier, Curt Cazal, True Master, Easy Mo Bee, Needlez, Domingo and Ayatollah. Guests included Hip Hop legends Guru, Big Daddy Kane, RZA as well as R&B star Teena Marie. In 2004, he released a compilation album titled Afu-Ra presents Perverted Monks. He returned with another album in 2005, State of the Arts. DJ Premier returned once again to produce the single "Sucka Free". Wu-Tang's Masta Killa appeared on the song "Livin' Like Dat", and underground favorite Royce da 5'9" appeared on "Pusha".

State of the Arts 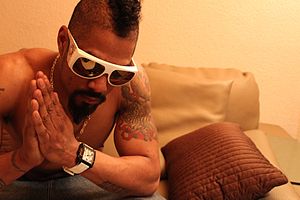 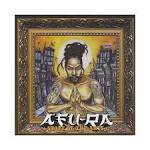 Share your thoughts on the Afu-Ra Band with the community:

Know any other songs by Afu-Ra? Don't keep it to yourself!

Which Beethoven symphony number is in F major?