The 19 Best Song Lyrics You Might Not Have Heard Of

When we listen to music, the first thing we invariably notice is the lyrics. Lyrics are sung poetry, and are often full of meaning that can be interpreted by the songwriter one way, and another way by their audience. Here’s our countdown for the best 19 lyrics we’ve ever heard that you might not remember. 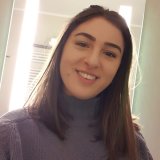 Arguably one of the most iconic lyrics ever written. Imagine being immortalised in a Fall Out Boy song!

18. “Long live the rose that grew from concrete

When no one else even cared.”

The Rose That Grew From Concrete - Tupac

In this spoken introduction done over a beautiful instrumental, Tupac calls himself the rose from concrete, the rapper from the ghetto who created beauty from the pain he saw around him.

Hill’s songs are full of meaningful insights into life, but wrapped up in fast-paced verses some of her lyrical gems go unrecognized. Lauryn uses her unique rhyming style to illustrate the dichotomy of fame - to be loved one minute and hated the next.

16. “I know someday you'll have a beautiful life

I know you'll be a star in somebody else's sky

The palpable longing in these lines is the sort of heady emotion that Pearl Jam writes best. At the time of its release, the band were urged to choose Black as the single for their album Ten, but refused, with Vedder stating that "fragile songs get crushed by the business. I don't want to be a part of it. I don't think the band wants to be part of it."

15. “If seeing is believing, then believe that we have lost our eyes.”

I Can Barely Breathe - Manchester Orchestra

This line has been interpreted a thousand different ways, but for me it's a reference to Andy Hull's relationship with God, and a commitment to believing in God before death in order to try and "see" during life.

Idealism sits in prison, chivalry fell on its sword

Innocence died screaming, honey, ask me I should know”

Any of Hozier's lyrics could make it on this list, but the beautiful juxtaposition in these lines is what earned them a spot. It's cynical without feeling too despairing, and has quite a humorous tone for something that was written from the point of view of the devil (according to Hozier himself).

13. “Born and raised by those who praise control of population

Well, everybody's been there and I don't mean on vacation”

Californication is the band's scathing critique of Hollywood and the industry, down to the wordplay in the song's title. It became an anthem of the counterculture movement, and to this day is one of the band’s most successful tracks.

I wonder why we take from our women,

Keep Ya Head Up - Tupac

11. “There's an art to life's distractions

To somehow escape the burning weight, the art of scraping through”

Hozier calls love “life’s distraction” that helps us to forget the weight of living. He tells us we should live with love at the forefront in order to live happily. Despite the undeniable beauty of the lyrics, he described the song as merely a “love song [...] about love at its most empty and vacuous and futile”. Even when he isn’t trying, Hozier pours poetry into his work. It seems effortless to him.

10."You're neither friend nor foe

Though I can't seem to let you go

The one thing that I still know is that you're keeping me down."

One listener said of the song, “I think this song makes us so sad because it reminds us what it is like to long for someone who doesn't really love us back. There's some sort of connection there, but it isn't what you want, and you can see it slipping away. You know you should leave, and that heartbreak is inevitable, but the thought of being without them is too painful.”

9. “But your death it won’t happen to you

It happens to your family and your friends”

Tom Connick of NME called this “the most important lyric the band have ever written”. The painful frankness in the song is an unusual tone for The 1975, who usually prefer to inject their tracks with sarcastic, sniping humour, which makes the painful clarity in these lines stand out even more starkly.

8. “They're sharing a drink they call loneliness, but it’s better than drinking alone”

Ultimate Classic Rock praised Billy Joel’s hit song because it “paints a vivid portrait of a specific place and time, every time you hear it”. The depth of human emotion, and the picture of strangers coming together in shared feeling is a part of why this iconic song is so compelling to any audience.

7. “So often times it happens that we live our life in chains

And we never even know we have the key.”

Written by songwriter friends of the band, Already Gone became one of the Eagles’ greatest hits. These lines are some of the most profound lyrics in their catalogue, a realisation that every person is the master of their own fate and freedom.

6. “I can give away everything I possess

But left without love then I have no happiness”

Lauryn Hill is too iconic of an artist to only have one entry on this list, and to me this is one of her most emotive lyrics in meaning and delivery.

What Have I Done? - Cursive

Romantic lyrics like these have to take a top spot on this list. They conjure up an image of two old faces seeing the history of their shared lives when they look at each other, their memories hidden in their eyes.

3."The children don't grow up, our bodies get bigger but our hearts get torn up"

The song ponders the loss of innocence we all experience as we age, and mourns the inevitability of this change. These lines are something everyone can relate to, but still feel deeply personal.

2. “Tired of lying in the sunshine, staying home to watch the rain

You are young and life is long, and there is time to kill today

No one told you when to run, you missed the starting gun.”

We all feel, I think, that life is something we are planning for, constantly looking forward to, rather than being in the present. The realisation that we all have, when one day we turn around and wonder at how much time has passed, is an inevitable aspect of the human experience. Time shows us that we must live in a way that when we do have these retrospective moments, they are ones of satisfaction rather than regret.

The love you take

Is equal to the love

The End - The Beatles

The End was the last song ever recorded collectively by all four Beatles. The song only has one other line, and is mostly instrumental. McCartney, who wrote the lyrics, said “I wanted [the medley] to end with a little meaningful couplet, so I followed the Bard and wrote a couplet." John Mendelson of Rolling Stone called these lines “a perfect epitaph for our visit to the world of Beatle daydreams”. This final message on what was meant to be the end track of Abbey Road is a beautiful one, and represents the symbiosis between artists and their audience: the reverence each shows the other is what creates the relationship.

Have a discussion about this article with the community:

Use the citation below to add this article to your bibliography:

Thanks for your vote!
We truly appreciate your support.

The song "Delilah" by Queen was about Freddie Mercury's...